The effects of Nazi persecution on children and young people 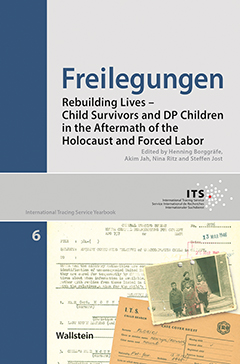 The ITS Yearbook 2017 is dedicated to exploring the fates of children and adolescents who survived Nazi persecution and forced labor. After the end of the Nazi dictatorship, these children and young people were displaced persons (DPs) who initially had to search for surviving family members. They needed new life prospects and, in many cases, a new home. This yearbook offers insights into the lasting effects of the Holocaust, Nazi persecution and forced labor, and it describes the work of Allied aid organizations after 1945. Many of the essays are based on research in this field carried out in the document collections of the ITS. Some of the essays offer suggestions for historical-political educational work on the topic of DPs.

Examining the social and political challenges after the end of World War II has gained new relevance in light of current migration movements and large numbers of unaccompanied, underage refugees. The contributions in the yearbook document the international scholarly conference that was held from May 30 to June 1, 2016, at the Max Mannheimer Study Center in Dachau.

The Yearbook 2017 was published in English and is also available as an e-book. More info

Both the workshop and the current publication highlight that the theme of displaced persons has yet to be explored, both in education work and in research.